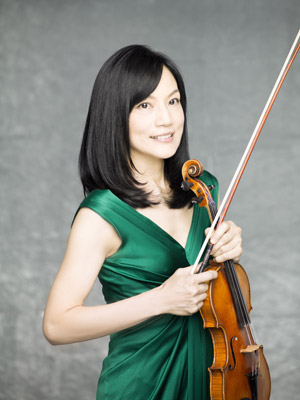 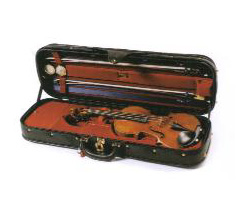 Even if you do not know much about classical music, you must have heard of the name “Stradivarius” which is believed to be the best violins ever made. Especially, the violins built by Antonio Stradivari (1644-1737) who was a luthier in Cremona, Italy are highly prized.

Currently, there are a few hundred Stradivarius’ existing, but only about 10 of them are considered to be a masterpiece such as the “Messiah” at the Ashmolean Museum in Oxford, England and the “Medici” which was designated as a national treasure in Italy.

The story how Mariko Senju acquired one of the greatest Stradivarius, “Duranti” is as follows: It was Pope Clement XIV that acquired the Duranti for the first time. After his death, it came to a French aristocrat’s possession. A Swiss millionaire acquired the Duranti in 1921 and decided to let it go in 2002. There was a condition that the millionaire wanted to give; it not to be placed in a museum but to someone who can play the violin. Mariko Senju was on a list of candidates.

Mariko Senju said, “The encounter with Duranti drew me back to starting at zero again. All music I had played was equal to nothing. I thought that I could start my real life of music now.”

Mariko Senju looked back on the encounter. In July, 2002 I got a phone call from an acquaintance in Switzerland. He said that he had found a Stradivarius that sounds great, and asked me if I wanted to look at it. I said that I wanted to see it but I could not go there due to a busy schedule. The fact is, at the time I was very satisfied with the instrument I was playing and had no intention to replace it with the other. Just to go with the flow of the conversation I had said that it would be nice to see the violin. I could not have imagined that it would be brought all the way to Japan. 5 violinists from 5 countries were placed on a list to take a look at it, and I was the fourth one on the list. There were some conditions which needed to be fulfilled and also if someone before me decided to get it, I would not have even see it. Three weeks later the Duranti appeared before my eyes. It was love at first sight. I was not informed of the origin of the violin. I thought it was just an ordinary Stradivari.

It was a month later that I was told that the violin had a name and it was three months later that I heard about the origin.It was Pope Clement XIV that acquired the Duranti for the first time. For the next 200 years after his death, it was a treasure for the Duranti family in France. For the next 80 years it was in the possession of the Duke of Switzerland. However, I did not fall in love with the origin of the violin but with the sound. For me finding out the origin of the violin was equivalent to the feeling of dating someone you like and you later find out that the person is a prince. The instrument had almost never been played by anyone before me, so the sound was my sound. The way I produce the sound and make music, everything had to be completely changed. I could not play cheap tricks anymore if anything it hampered my playing. I decided to start all over again from the biginning. It has changed my whole attitude on life.

I would like to turn myself inside out to have contact with the instrument which came to me. Even if I spent the rest of my life on music, I don’t think it would be enough. I have been trying to devote all my time to the violin.”